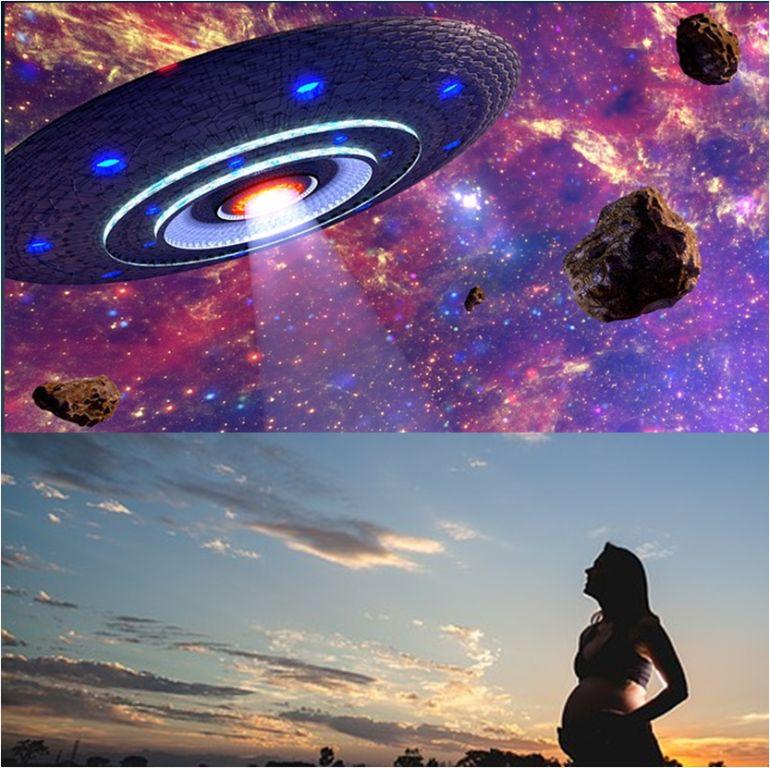 I remember reading this haunting novel by Stephen King once, where an alien invasion takes place through human bodies. They enter the bodies of unsuspecting people, feed on one’s innards and brains, and keep growing until they burst out of you!

It is probably unkind to say so, but that is pretty much how I felt in the first trimester of my pregnancy. I was convinced that there had been an alien invasion of what-was-once my body. It was beyond my control. There was little I could do to get relief.

My insides protested. I was nauseous all the time, often leaning over and dry heaving when I could take it no longer. My bladder, which had performed its functions reasonably well for 27 years, suddenly turned leaky. I was forever running to the bathroom. Sleep evaded me and nasty dreams tormented me. My nose wasn’t mine either. Smells that had earlier not existed in my knowledge now enjoyed making their unpleasant presence felt. Opening the fridge was a nightmare. I couldn’t stand the kitchen, the drawing room, the bedroom, the bathroom. For God’s sake, where was I to go?

Come evening, when it was time to shut those lovely French windows in our house, I would stare in horror at the closing doors, as if I was being entrapped in a tomb. My husband may be conducting a perfectly normal conversation with me, when he would see me sprinting to the balcony, desperate for a whiff of fresh air. I would then plunk myself out there, with only mosquitoes for company, shuddering at the mere thought of having to re-enter the house.

There was nothing that I felt like eating. Even foods that had once been my favourites, now eyed me nastily. Cravings? Who ever said one had cravings during pregnancy? All I seemed to have were aversions. And oh, what aversions! Not only aversions to food, but also to smells and colours! There was this phase in between, when I could not stand being in my bedroom, because I hated the colours of the curtains in the room! May be, because they reminded me of pumpkins (which, by the way, had suddenly topped my hate-list) or may be, for no reason at all.

So there I was, hauling my bedding, pillows and teddy bear for comfort, off to the guest-room, which is where I slept for about a month. Usual distractions like reading, watching TV, eating or sleeping, all felt unbearable. Kisses and hugs should have comforted me, but I hated being touched. I was suddenly like this sulky female warrior, who simply wanted to murder the entire world.

If ever I tried to understand my condition, to reason it out, and seek answers to what was causing these horrendous, extra-terrestrial symptoms inside me (yes, I knew I was having a baby, but why did that have to cause such dire tumult?), the only answer I got was: hormones. Feeling nauseous? Blame the hormones. Fidgety and morose? It’s the hormones. Want to kill the world? Hormones!

So that was it: the hormones. They were what had invaded my body and turned my life and body into a ghastly upside down version I refused to recognize. I raved and ranted, whimpered and sobbed about these hormones.

And then it would take just one thing to quieten me, to make it all bearable: meeting my baby on the ultrasound. As clichéd as it may sound, I just had to see that little form moving inside me, its heart beating like a galloping horse, for me to know that this was no alien.

No. This was a part of me. Something I had created myself: life.

A blessing. A baby. My baby.

Previous Post Am I Woman? Or a Girl? Next Post A Hot Cat on a Hot Tin Roof (Pregnancy Diaries)