A Week in Rome Captured in Pictures 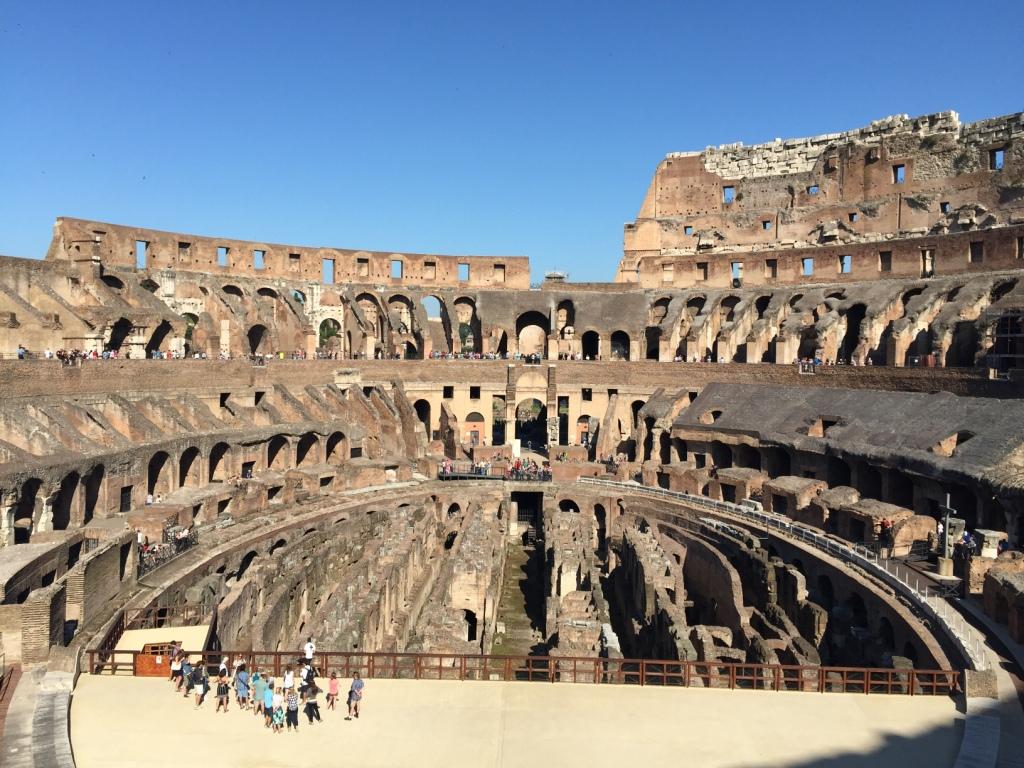 Last month, my hubby and I went gallavanting across the city of Rome for about a week. Some of our friends were surprised to know that we were spending those many days in a single city rather than cruising across Italy. But in retrospect, I am glad of our decision. Rome alone is such a culturally and historically rich place that you could not do it justice if you are in a rush.

Here’s an attempt to encapsulate the essence of Rome as I saw it, from each wonderous day to the next.

Getting to Know the Italians

We may have flown into Rome on a bright, sunny morning after having traveled overnight, but that didn’t stop us from heading out into the city soon after checking in to our hotel. Though the city was teeming with tourists, it was not difficult to distinguish the Italians among them. They happily answer “Si, si, si” to a lot of our questions, and their lilted sing-song accent is unmistakable in the crowds. A trait of these locals that has stood out is their predilection towards smoking. It is impossible to walk a hundred metres without having sniffed smoke, and a quick look around shows the offending cigarette in the fingers of an elegant Italian woman or a jolly Italian man. Our Roman jaunt began with the three attractions that lie within stone’s throw of each other. The Spanish steps make for a lively center, where tourists perch for a rest and to watch the crowds. The Trevi fountain is a magnificent sculpture in white marble with sparkling blue waters spewing out of it. The Pantheon, or the Temple of all Gods, has stood since 27 BC, inviting people of every faith to enter and pray. Awestruck by the Colosseum

One of the most famous monuments of the world, the Colosseum, lies preserved through the millennia in Rome. Once used as a gladiatorial amphitheatre, where citizens of the city came to watch bloody battles between men and animals, the structure has remarkably stood the test of time. Getting into it, we’d heard, can be a thorough challenge, especially since queues at the ticket counter could snake their way back kilometres!

We woke up early on this day, grabbed a hearty breakfast and landed up in the front of the line a good half hour before they opened. The arena inside is of breathtaking proportions. We were totally bowled over by the magnitude, the aura and the historic charm of this colossal structure. Within a few days of our wanderings, I could have sworn I was seeing Indians at every corner, selling souvenirs, serving food in restaurants or traveling with us on the same bus. Every time I came within hearing distance of one of them, I was mystified by the familiarity of their dialect, yet I couldn’t quite pin-point the language. A quick research told me I was only slightly off the mark. Italy, I learnt, was home to over a 100,000 Bangladeshi immigrants. The language I had been overhearing was Bangladeshi Bengali, a tad different from the Indian dialect.

I also came across this Baba, who remained mysteriously suspended in the air in one of Rome’s popular piazzas. He made sure every person who attempted to photograph him paid his due in the form of a couple of coins. My contribution must have seemed meagerly to him, for I received a grunt and a frown in response! The Italians are very fond of their gelatos, pizzas and cappucino. This is evident in the proliferation of gelatarias and pizzeterias at every nook and cranny. Since they say, when in Rome, do as the Romans do, we chipped in. After tucking into pizzas and pastas the entire week, it was time to say goodbye to Rome. We celebrated the end of a wonderful holiday over cups of hot chocolate and the famous Italian tiramisu at Moka.

You may also enjoy reading my other posts on this fascinating city, Rome: The City of History and Love and A Roman Penchant for Tiny Cars and Puny Dogs!